Let us introduce ourselves

The clinic team at Bowling Green Dental Surgery look forward to offering you their skilled care and advice.

"as individuals, we are all skilled at our jobs, but together we are a complete team, striving to provide each of our patients with the dedication and quality of treatment that we would expect for ourselves"

Qualified as a dentist in 1995. He began working as an associate dentist alongside specialists, gaining experience in oral surgery including implantology, as well as prosthetics, periodontics and endodontics. In 1997, he became the principal dentist and owner of a private practice in the prestigous area of Sandton, Johannesburg. His surgery was focused on aesthetic dentistry and developed a large following including television and sporting personalities.

Having spent a number of years as an associate working in Central London practices, Alan aquired the Bowling Green Dental Practice. Alan continues to develop his interest in aesthetic dentistry and implantology by attending regular 'hands on' courses and continously introduces the latest techniques in surgery.

The clinic team at a glance 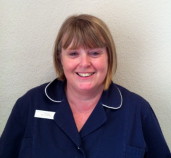 Sandra joined the practice in January 2003 and quickly developed a reputation as a hard working,enthusiastic and bubbly member of the 'team' that everyone loves to have around. She has a genuine selfless devotion towards the care of patients and their appreciation is often mentioned. She is described by Alan as his 'right hand' because without her dedication and understanding , his work would be so much harder.

If you have a problem outside our opening hours, please see the emergency plan.